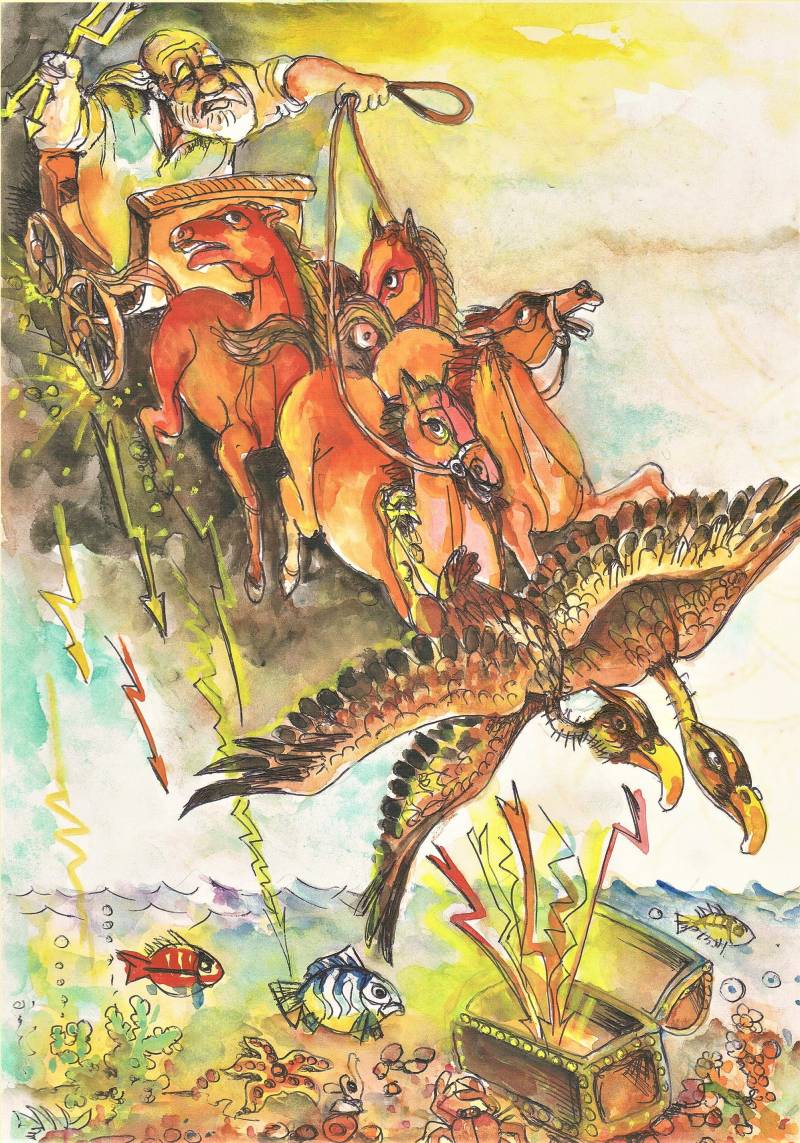 The feast of St. Ilia is celebrated annually on July 20 - a people’s and religious holiday.  Hе is honoured as a saint by the Bulgarian Orthodox church. On this day, loaves of bread were given away in front of the churches.

The prophet Ilia lived in the ninth century BC. According to the Bible, he ascended to heaven alive. In Bulgarian folklore, St. Ilia was the chosen one to rule the thunders and lightnings. He rode a fire chariot and flew it in the sky throwing fiery arrows at the dragon (lamia). His anger had the power to provoke drought. This was the reason why people should not work on this day, but since this was the time of threshing, in some places, the sheaves of grain were allowed to be transported.

On this day, all rituals were associated with protecting the harvest from summer thunderstorms, hailstorms and drought. According to the Bulgarian beliefs, a “kurban” (animal sacrifice) was prepared, usually, a male animal (a rooster, a lamb or an ox). The sacrifice was offered for health.  Often the sacrificial offerings were made on a mound, consecrated places, near centuries-old oak forests or chapels. There were a number of divination practices together with the Ilinden rituals. In some places even a prayer for rain was made.

The holiday fell in the middle of summer, when "land and sea turn over." It was not advisable to bathe in the sea, because of the belief that on this day the sea was taking its biggest number of victims as a sacrifice to St. Ilia.

On Ilinden, the order in which food was given away was strictly followed and it was believed that if one gave with both hands, he will receive even more from the saint.

St. Ilia is the patron of tanners, furriers, saddlers, tilers.

May all who celebrate their name day today be blessed with good health, a bountiful harvest and prosperity!