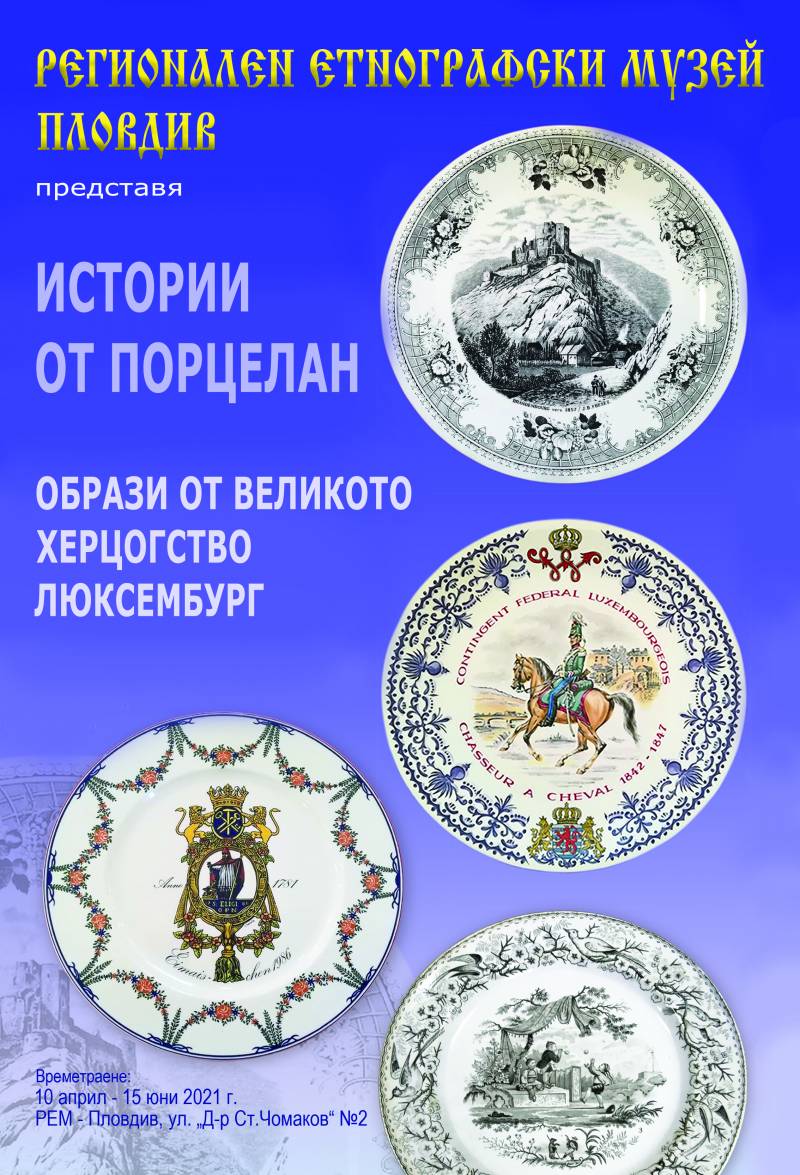 “STORIES FROM PORCELAIN. IMAGES FROM THE GRAND DUCHY OF LUXEMBOURG”

On the 10th of April, the Regional Ethnographic Museum - Plovdiv will exhibit a unique collection of souvenir porcelain plates. For many years, Atanas Atanasov, a Bulgarian who works and lives in Luxembourg collected them. He would like to show us that beauty can bring different cultures closer together.

The collection contains over 300 exhibits related to the cultural heritage and natural resources of Luxembourg. Representing the history and traditions of the Duchy of Luxembourg, the exhibition has several different topics: architecture; regions, cities, and municipalities; institutions, important anniversaries, and international events; patron saints of crafts and shires.

The rich architectural heritage - castles, cities, iconic buildings, and mills are represented on the souvenir plates. In Luxembourg, there are more than 100 preserved castles from the Middle Ages which from one side are tourist destinations, and from the other are still inhabited.

Other exhibition topics are geographical regions, cities, and municipalities. The main focus is settlements, cultural monuments, urban symbols, and livelihoods along the Moselle Valley. The series presenting the army and police formations are very interesting as well as the "Le Lac de la Haute-Sûre" series representing the northwestern part of the Duchy, whose territory is part of Haute-Sûre National Park of Luxembourg.

The Grand Duchy of Luxembourg is one of the birthplaces of the Villeroy & Boch company. In the 18th century, the craftsmen Boch and Villeroy created two different factories for porcelain. In 1836, the two owners signed an agreement to set up a joint venture under the name Villeroy & Boch. Today the company is a major producer of ceramics, faience, porcelain, glass, church utensils, etc., and offices in 125 countries and 14 factories in Europe, Asia, and America. Villeroy & Boch's porcelain and ceramics are desired by collectors from all over the world.

If you want to know more about the history of Luxembourg told through the porcelain narrative, visit the exhibition hall of REM - Plovdiv from 10th of April to 15th of June.